The United States Secretary of State Mike Pompeo on Tuesday confirmed an ongoing stalemate over Ethiopia’s dam project on the River Nile, saying it could take “months” to resolve a dispute between Ethiopia and Egypt.

Tensions have been high in the Nile basin ever since Ethiopia broke ground on the project in 2011.

The US Treasury Department stepped in last year to facilitate talks between Ethiopia, Egypt and Sudan, another downstream country, after Egyptian President Abdel Fattah al-Sisi reached out to US President Donald Trump, a close ally.

My Input on the Ongoing Discourse-

Whether Election should be Conducted as per the Prescription of the FDRE Constitution or Not? 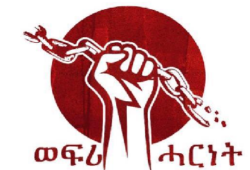 Tigray and Tigrayans have been subjected to public incitements of genocide, defamation, imprisonment and abuses for the past one year and half in Ethiopia. As a result, hundreds of Tigrayans are unjustly held and languishing in federal, regional and secret prisons.